I am obviously very interested in games based learning and enjoy watching videos on the topic.  I thought that this week I would share some of these with you.  They are not really in any order, but they all tap into some slightly different aspect of games based learning, its benefits, why it works, how you can capitalise on it and so on.

Before I start the main list, I would like to just bring your attention to a video which is closely related to my last blog post: 11 Educational Games for Social Good.  Jane McGonigal explains in this short TED talk, how games can make a better world.  She explains that globally, we spend 3 billion hours a week playing games.  She feels that this is not enough to create a better future for ourselves and our planet.  Jane argues that playing games gives us four ‘super powers’ which make us into better humans.  Game players are very skilled and optimistic; they know they can achieve ‘epic wins’.  The problem is getting gamers to believe they can achieve real life epic wins and solve real world problems in the same way.  Jane explains how we can do this.

1. Katie Salen discusses learning with games.  She argues that games are important for child development and are equally as important throughout life.  In the video, she explains how they can encourage 21st century skills such as collaboration and problem-solving (for more information, see ‘21st Century Skills and Games Based Learning’).  They also allow us to try out different identities, explore and discover and fail in a safe environment.  Katie also talks about how games work like good teachers in terms of learning.


2. Tom Chatfield explains the seven ways games reward the brain and what this means for learning.  He explains how people are so motivated by games.  Games offer rewards which have emotional value to us both individually and collectively and these rewards can encourage engagement and learning.

3. James Gee discusses video games and learning.  He uses examples such as World of Warcraft and Portal to explain how people learn collaboration skills similar to those in cross-functional teams and how people can become so interested in the game that they make the tacit knowledge gleaned from a game explicit and share it with others.  James also discusses how games can be used alongside project based learning.


4. Daphne Bavelier discusses games and learning from a neuroscience perspective.  We have talked about this in the past too (see ‘Neuroscience, Stress and Games Based Learning’).  Daphne explains how games can help us focus, multitask and more.  She is interested in games making our brains smarter, better, faster and stronger.


5. Ali Carr-Chellman talks about re-engaging boys in the learning process.  She argues that boys in general have their own culture which does not fit into the traditional culture of schools.  We have talked about this issue in the post ‘Boys will be Boys’.  Ali believes that gaming could be a great way of encouraging boys to learn and mesh the two cultures in an easy and fun way.


6. This is a short video about how teacher Joel Levin uses the game Minecraft to teach young children.  For more information on using Minecraft and other commercial games to teach, have a look at my blog post ‘Unorthodox Uses of Games in Education’.


As you may have read in my previous blog post, ‘10 Design Considerations when Developing a Learning Game’, I am currently involved in a project developing a science game for students.  However, the game also aims to educate children about certain lifestyle choices: diet, exercise, drugs, smoking and so on.  Therefore, it will be useful in PSHEE (Personal, Health, Social and Economic education) classes and the wider curriculum.  The game has, therefore, inspired me to write about educational games that aim to encourage social good. 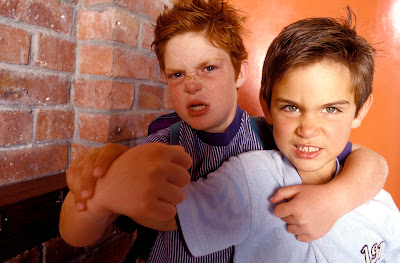 I spoke briefly in my blog article, ‘The Fun Theory’ about how gamification can be used to encourage social good among adults.  For example, to encourage drivers not to speed, to encourage recycling, charitable giving, exercise and so on.  However, there are many educational games that have been designed to teach children about social areas such as politics and sustainability and to encourage good behaviours.

A study from the School of Education at Mills College in California has analysed the link between teenagers' gaming behaviour and their civic engagement offline.  The study aimed to discover whether teenagers with more ‘civic gaming experience’ were more likely to engage in real-world activities such as participating in a demonstration and giving or raising money for charity.  ‘Civic games’ include games that allow players to help other players and those that explore social or ethical issues.

The study found that 70% of the teenagers who were frequent civic gamers said they donated to charity, while only 51% with little civic-gaming experience donated.  61% of civic gamers also said they were interested in politics, compared to 41% for infrequent civic gamers.  The study also found that mainstream online role-playing games, such as World of Warcraft, that don't contain explicit social messages could still encourage socially ‘good’ behaviours.  This is because they encourage collaboration, negotiation, mentoring of ‘newbies’ and so on.  Critics argue that students naturally more inclined to donating to charity etc, will be more drawn to these games in the first place.  However, the researchers argue that while that is true, the games still probably do encourage behaviours in all players, just slightly more in these people.

So what games are out there?

Real Lives randomly assigns players to characters from different parts of the world.  They must guide their characters' decisions regarding work, health, education, and love based on the opportunities and disadvantages of that society.

ICED (I Can End Deportation) allows you to play an immigrant teen trying to earn U.S. citizenship and steer clear of the law - but avoiding trouble is harder than it seems.

Food Force teaches children about world hunger as well as the challenges of relief work as they guide food-aid missions to an imaginary island called Sheylan.

Karma Tycoon challenges players to earn good karma and learn the financial logistics of running a non-profit organization such as an animal shelter or a senior centre.  They must strike a balance between quality of service and helping a certain number of people.

Sweatshop sees the player in charge of off shore manufacturing.  They must make their business a success while taking their staff into account.  Faced by a series of moral dilemmas, they must choose to put people or profits first.

Democracy2 sees the player ruling an imaginary country.  They must bolster the economy, keep the peace, protect the environment and still win the next election.

PeaceMaker allows players to try their hand at brokering a solution to the Middle East conflict as either the Israeli prime minister or the Palestinian president while juggling the demands and limitations of leadership.

Sustainaville puts a group of people in charge of a virtual community.  They are split into teams such as local council, health and transport and must run a sustainable community.  Sustainaville tackles issues around sustainable development such as environment, health, crime, economy, poverty and resource use.

The Environment and Climate Change

Operation: Climate Control challenges players to choose which new technologies and energy policies to invest in to clear up the skies.  If they succeed in making the right choices, they can watch as clouds of pollution float away.

PowerUp by IBM challenges players with saving the imaginary planet Helios from ecological destruction.  They must carry out missions to supply solar, wind, and water power before severe storms wreak havoc.

The Climate Game looks at the issue of climate change. Eight teams are responsible for reducing the community’s carbon footprint. They need to achieve this while at the same time keeping the lights on and making sure that the community remains a pleasant and economically vibrant place to live and work. 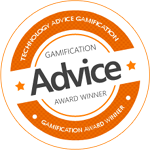